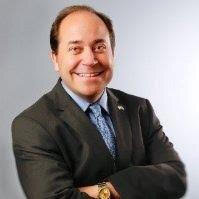 Ron Burton proudly served as the 11th President of the Westchester Jewish Council, the Jewish community relations council for 160 Jewish organizations and synagogues in Westchester.  Known by many as the “Connector General” – a title that reflects his passion for bringing people and organizations together – Ron took the Council to new heights during his tenure in the realms of Israel advocacy, governmental relations and social media.  Above all, however, Ron loves helping young adults get a leg up in the world.

Professionally, Ron has been with the real estate law firm of Goldfarb & Fleece LLP since 1992, where he became a partner in 2000.  He represents the Rudin family interests, among other clients. Ron received his B.A. from Columbia College and his J.D. from Columbia University.

What Ron cherishes the most, however, is the Jewish home he has built in New Rochelle with his wonderful wife, Jocelyn (a much-renowned real estate broker at Houlihan Lawrence), and their three (most-of-the-time) terrific children, Ben, Maddie and Zach.